Back in 1956, Louis Néel – Nobel Laureate in Physics – was the founding architect of the Grenoble science pole.

He was the driving force behind the setting-up of the Grenoble physics laboratories of the CNRS and the CEA, of which he became the first Director.
He also worked hard to ensure that Grenoble became home to both the Institut Laue-Langevin and the ESRF (synchrotron), and lent his support to the development of disciplines such as applied mathematics (in the days before computing) and biology.
Louis Néel was Professor at Grenoble’s Université Joseph Fourier and was the first President of the city’s Institut National Polytechnique.

Driven by a constant desire to promote relations between industry and research, Louis Néel contributed enormously to the economic development of the region.

Grenoble site, a centre for the development of scientific and technological excellence

Following in Néel’s footsteps, Grenoble’s scientists have over the past fifty or more years used their skill and determination to transform a former artillery ground into a centre for the development of scientific and technological excellence.

The site has attracted a vibrant mix of national research centres, large-scale European facilities and innovative companies. With a reputation that spans the globe, the site is now a major research and innovation campus, focusing on nanoelectronics, energy and biotechnology.

France and Germany join forces to found the Institut Laue-Langevin (ILL), which is today the world's leading research institute for neutron science and technology. Grenoble's scientific research community is now international in scope.

1970
Louis Néel, Director of the LEPM, wins the Nobel Prize in Physics. During his acceptance speech he states: Only the properties of the oldest-known magnetic substancemagnetiteremain unknown. I was lucky enough to unlock the mystery of a stone that has puzzled scientists for four thousand years [...]

The National Polytechnic Institute of Grenoble (INPG) is established, bringing together six of the city's schools of science. INPG is renamed Grenoble Institute of Technology in 2007.

1975
The European Molecular Biology Laboratory opens a branch at the Institut Laue-Langevin (ILL). 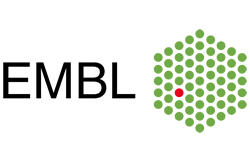 1984
Grenoble business school ESC Grenoble opens. In 1992 the school moves to Europole (bordering what is today the GIANT campus) and changes its name to Grenoble Ecole de Management.

1985
CEA-Leti, today one of Europe's leading centres for applied electronics research, is inaugurated. Plans are also laid down for a new research venture, MINATEC.

MINATEC, a 45,000-m2 micro- and nano-technology campus, is bornfirmly anchoring Grenoble in the future of science and technology.

GIANT is set up as part of Grenoble Innovation University, one of the 21st century campuses founded under the French government's economic stimulus plan.