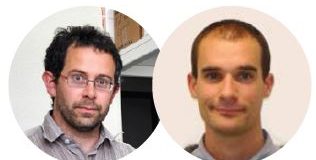 On the Frontier of
QUANTUM HYBRID SPIN MECHANICS

The Institut Néel is a fundamental research laboratory in the field of condensed matter physics. Olivier Arcizet and Benjamin Pigeau, researchers in the field of quantum physics, recently unveiled their team’s latest discovery. The researchers discuss with us the results of their cutting-edge experimentations. 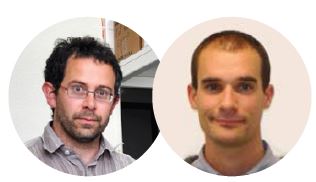 Your experiment looked at spin qubits. Can you explain a qubit and more specifically the spin qubit?
Qubits are the building blocks of quantum physics. Think of them as the quantum version of a classical bit. The primary difference is that a classical bit is either 0 or 1 – on or off – whereas qubits are quantum-mechanical systems that can be in a superposition of both states. Physicists have investigated many qubits such as polarized photons, superconducting qubits, single ions, and solid state electron or nuclear spin. In our case, we studied a single electron spin, which is an expression of the possible states of an electron using quantum numbers. Such an isolated spin can be found in a nano-diamond, where it gets trapped in a crystallographic defect called a Nitrogen-Vacancy.

How did you study a spin qubit? What did you observe?
Qubits were traditionally manipulated by electromagnetic fields. This made it possible to visualize and measure the complex dynamics at play. Our goal in this experiment was to couple the qubit to a nano-mechanical oscillator. This allowed us to manipulate the spin with both photons and phonons, the latter of which are the quanta of vibrational mechanical energy.
Using the setup sketched in the figure, we demonstrated that the single spin precession was synchronized with the mechanical vibrations. Observing such a new regime illustrates the strong coupling achieved between our spin and the phonons.
As a result, we were able to use phonons instead of photons to reproduce one of the fundamental signatures of quantum electrodynamics, called the Mollow Triplet.

Can you explain your findings?
The Mollow Triplet refers to the three frequencies observed within the fluorescent spectrum of an atomic vapor strongly illuminated by a resonant laser field. The triplet was predicted in 1969 and first observed in 1975, paving the way towards further experimental tests of quantum electrodynamics.
Until now, observations of this effect were carried out with photons driving the qubits. Our experiment demonstrates the first phononic expression of this interaction wherein a vibration field is responsible for the spin qubit manipulation.

What do these finding imply for future research?
By demonstrating these signature effects, we illustrate that it is possible to develop new approaches to mechanically manipulate a single qubit using a nano-oscillator. We have produced the foundations that will allow us exploit the reverse effect: to read the quantum state of a single spin with a mechanical oscillator. In such a coupling regime, the nanoresonator is expected to experience a very weak force (20 attonewton, 2e-17 N) that will depend on the spin state. This force is extremely weak but within the detection capacity of our nanoresonators. In the future, such approaches could be used to create and manipulate non-classical states of motion with macroscopic oscillators.